Sandra Mihaljević: "Tick-Tock (Open up)" version goes to Eurovision, the video will have slight changes – eurosong.hr

On Saturday, exactly two weeks after it won Dora, the music video for the English version of the song “Tick-Tock” was published. It attracted great attention-in Croatia as well as Europe. By the time this article was written, that is, three days after the video was published, it reached almost 400,000 views.

The Internet is filled with comments on the video. While some really liked it and describe it as modern, others were confused with the plot of the video. Dora and Eurovision have always attracted the interest of a wide audience so this is nothing strange. Every step is closely monitored and this year’s polemics prove that the interest for Croatia’s representative is bigger than ever before!

But what does it take to produce a music video of this caliber? We talked to Sandra Mihaljević who was responsible for the idea and the direction of this video. She revealed what else they have in store for Eurovision in the following interview.

Sandra, congratulations on the great video for “Tick-Tock!”

– Thank you for the beautiful comment, it really means a lot. It’s one thing to do a video when you want to promote a single, but it’s something completely else when that song represents Croatia in Eurovision. Albina’s Dora performance was phenomenal so the task of making the video was no small feat.

How would you describe the message of the video in one sentence?

– Let’s get to know ourselves, accept differences because we are all different and love who we are.

Among numerous comments, we noticed that some were confused about the plot of the video, while others have their own interpretations. How did the idea behind the video come about and what is the right interpretation?

– The lyrics have a lot of strong sentences which everyone could relate to and make their own story, so I’m not surprised by the reactions. What guided me was the sentence “If you pull me down, I’ll come around and rise up to come show you who I am”. I would like to use this opportunity to explain my vision for the video as best as I can.

The young generation today sometimes sees the world through rose-colored glasses, but many of them don’t have the strength to open up. That emotion is represented with the TVs. The door represents the path to desire, expectation and hope. Girls today want to be beautiful, confident, strong and accepted (“You think you’re fancy”) and this represents the world of glamour where they are faced with problems, not being accepted, differences in people from which arise the feelings of judgement guilt that lead to personal turmoil. It’s easy to lose yourself on that path. That’s when the sentence “If you pull me down, I’ll come around and show you who I am” is highlighted.

But those simple positive things that you need to know how to attract, were always around us but sometimes we don’t recognize them. That’s what the teddy bears symbolize, they are a synonym for the simple and pure love which helps lead to purification and final solace in little things around us.

This is why in the last shot we see Albina on the road with one of those teddy bears – because she is actually just a regular young girl, full of dreams and desires, but now she stands confident and sure of herself. Now she understands that she has to make the best out of every situation she’s in, while the teddy bear confirms this and gives her strength to be what she wants to be and stay on her path.

What are all the symbolisms in the video?

– I’ll mention some- yellow doors represent the path of desire, expectation and hope, the glamour in the castle represents confidence, beauty, attitude, strength and the teddy bears represent love, safety and solace. 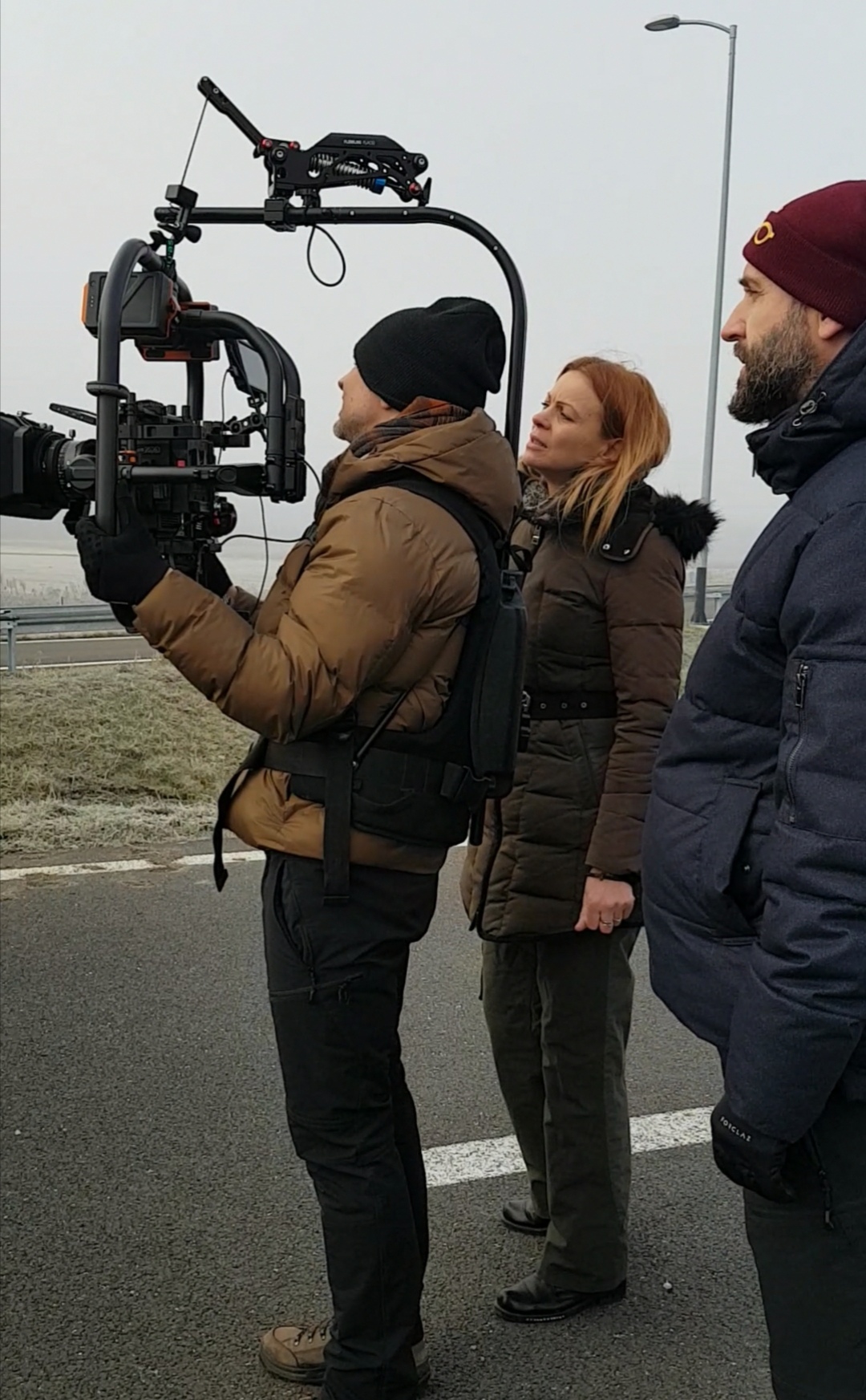 How long was this planned and how long did the video shoot take?

– We were preparing for about two weeks. I have to admit that that part of the job is sometimes the hardest because you neeed to take care of everything to the last detail. You start with an idea, locations, actors, but I think the most important thing is to assemble a team of top collaborators.

When you are surrounded with such a team of professionals, the shoot goes very smoothly because everyone’s doing their best. A group of people working together doesn’t make a team, it’s about people who trust each other and respect each other’s opinion. That’s why I can say without any false modesty that we have a beautiful team of young and talented people who have not only done a perfect job at Dora, but in this video as well. And what they have in store for Eurovision… I am also looking forward to that.

The shoot lasted for two days and I have to admit that it wasn’t easy working under these conditions and covid measures.

Why were the locations of Trakošćan Castle, garages, highways and similar locations chosen? What did you want to achieve by that?

– Trakošćan Castle is to me one of the symbols of Croatian culture and perseverance and it would be a shame not to show that. The highway represents the path of anticipation and hope for every one of us, and the garage was simply attractive for dance sequences.

What can you tell us about filming and postproduction of the video from the technical side? How long did the editing take?

– Oh.. It lasted a long time. My collaborators know that I pay attention to detail, but I am lucky to be surrounded by wonderful people and the best team who tolerate this.

What kind of reactions did you expect after the video came out? Were your expectations met?

– Eurovision for me is not just a competition, but also an opportunity to send a strong message. This is why I’m happy to see a positive ratio of likes and dislikes and that the audience’s interest in the video was almost the same as that of the live performance.

What can we expect from the video for the Dora version of the song, that is, „Tick-Tock (Open Up version)“?

– There was never a doubt that the “Open Up” version with the Crotian part would be going to Eurovision. That version of the video will be published on EBU’s official channel and won’t differ much from the version on Albina’s VEVO channel. The video is currently in the final edit. 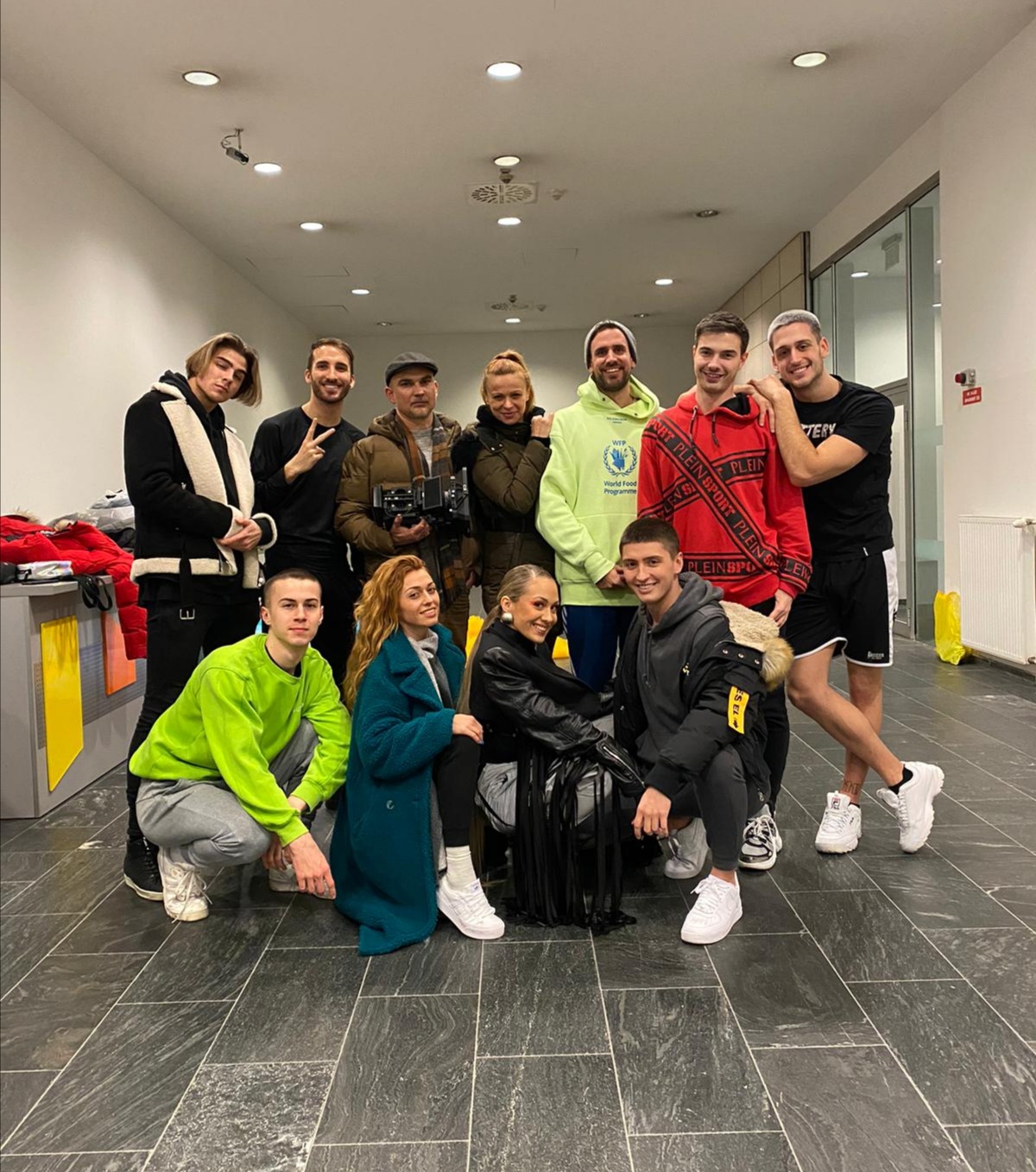 You have created videos for numerous Croatian singers. Do you have a favourite?

– It’s hard to pick just one. I love all the videos I did for Franka Batelić, Luka Nižetić, The Frajle, Nina Badrić and many others, but definitely one of my favourites is the duet between Željko Bebek and Oliver Dragojević for which Igor Ivanović and I were nominated for the Porin award.

Who is your biggest support in your work?

– Not just in my work but also in life, my family is my biggest support. They are my everything.

How much do you help Branimir in his creative process with the songs, and how much does he help you with video production?

– We complement each other amazingly and we respect each other’s opinion, but we don’t meddle in each other’s work. Often in the evening with a glass of wine, we talk, make plans or simply reflect on what we did that day and are happy about it, whatever it was. Maybe tomorrow we won’t like it as much (laugh).

Thank you for the interview, especially knowing your desire not to be exposed to the media. Do you have a message for Eurovision fans?

– I am a big fan of Eurovision myself. I used to buy the Eurovision CD as soon as it was out and I would listen to it until I memorised all songs by heart. Every year, without fault, we organise viewing parties and that always makes me very happy. But if you only knew how excited I am about Rotterdam…

Thank you Ivan, and thank you to all the faithful eurosong.hr followers, I am excited with you and I am looking forward to everything this year’s Eurovision has in store for us. There are some phenomenal songs and I have a feeling we might shine. Believe me, we won’t disappoint you.